Get the rent you can afford, the opportunity to expand, and favorable terms for moving out.

Get the best deal on an office lease

At some point in your career, you’ll probably face the challenge of negotiating a lease for office space—one more skill they don’t teach you in medical school. Fortunately, negotiating a lease isn’t as tough as biochemistry. And with steep office-vacancy rates in many areas, you may be in a strong position to strike a good deal, whether you’re moving into new space or renewing the lease on your current spot.

If you’re looking at a new office, jawboning over a lease comes at the tail end of your to-do list. The first chore is hiring an architect to determine how much space you need and how you should configure it. Then you must find the location with the most patients— and the best paying patients—for your specialty as well as the least number of competitors. For that task, you need to retain a real estate agent or broker.

Of course, not any old building will do. You’ve got to narrow down your choices to buildings with the image, visibility, road access, and infrastructure to enhance your practice. Will the building’s plumbing system allow you to install all the exam room sinks you’ll need? Does it have enough electrical power to operate your equipment? Is there ground-level parking near the entrance, or will patients— including your elderly ones—have to use a not-so-convenient parking garage?

When you shop for new office space, develop a list of at least five strong possibilities and send each owner a “request for proposal,” asking him to set forth a rental rate and an improvement allowance (more on that later).

More candidates mean more competition among building owners, which produces the best deal for you. Sometimes a building owner will ask me, “What else are you and Dr. Jones looking at?” Or I might disclose what we’re considering unprompted. I recommend that one option be a building where rents are slightly below the market norm. Once they know about this outlier, other building owners will feel pressured to curb their rates.

Give each building owner on your list a tentative floor plan for your office. Then ask him to commission his own architect to create a floor plan that fits yours as closely as possible. This process will help you determine whether a building can truly serve your needs. The building owner shouldn’t charge you for this. While you’re at it, ask him to estimate the cost of reconfiguring his space to match your plan. You’ll need that figure later in negotiations.

Eventually, you’ll select a top building, with one or two others as backup in case a problem develops with the first choice. Instead of going straight to lease negotiations, submit a letter of intent that sets forth the basic business terms such as rent, improvement allowance, and expansion and renewal rights under which you’ll sign a lease. Although it may go back and forth to the landlord several times for revisions, a letter of intent nevertheless streamlines negotiations. If you and the landlord can’t agree on the rent, why should you get bogged down haggling over a 40-page lease document and all its minutiae?
You’ll address the following items in the letter of intent and then revisit them in greater detail in the lease itself:

Rent . How much you pay is a function of the local office market. A good real estate agent will be able to ferret out the going rate, not only in a given part of town, but in a particular building, based on recent lease transactions.

Renewal . Negotiate for the right to renew your lease at least twice—and on favorable terms— after the initial term expires. It’s doubtful that you can lock in the rent agreed upon for the initial lease, but aim for a renewal that reflects the going rate for space like yours and discounted by 5 or 10 percent. Without this provision the landlord can raise the rent to an exorbitant level, possibly with the intent to scare you off to make room for another tenant.

Expansion rights . If your neighbor next door moves out, you may want to seize the opportunity to expand. Accordingly, your lease should give you the “right of first refusal” on newly vacant space. In other words, you have first crack at it. Ideally, the terms for the new space—such as rent—should match those for the old, or at the very least, mirror market norms. Be sure to synchronize expiration dates for old and new leased space. If you’re in year three of a five-year lease, and you want to take over an adjoining office, you should lease it for only two years.

Improvement allowance . This is an amount of money, expressed in dollars per square foot, that a landlord promises to spend to remodel the office space according to your specifications. The owner is essentially loaning you the money—did you think he was being generous?—since he folds it into the rent. If you have the funds handy, though, you can pay for the remodeling yourself, forgo the building allowance, and pay less rent.

Deposit . A landlord will typically ask for one month’s rent in advance, and he’ll be more anxious to have this money in hand if he’s shelling out big bucks to remodel your space. However, you can sometimes negotiate to have the deposit waived if yours is a well-established practice with a good credit rating. A larger group will be in a better bargaining position than a solo practitioner.

Personal guarantees . Landlords ask for personal guarantees to recoup their improvement allowance expenses— remember, it’s like a loan—in the event a tenant moves out before the lease expires. Guarantees also cover agent commissions built into the rent. If you’re in a tenant’s market, and you have good credit, you might be able to persuade the landlord to drop this guarantee.

A group practice should bargain, at the very least, for individual rather than “joint-and several” liability. With joint-andseveral liability, a landlord could force one doctor to pay the entire guarantee. If you’re stuck with joint-and-several liability, seek a clause that reduces your exposure if a partner dies or becomes disabled.

Subleases and assignment . Subleasing protects a tenant who feels compelled to move out before his lease expires. By having the right to sublease the space to someone else—and collect rent himself— the tenant can avoid getting burned financially. The right to assign the lease to another party affords even greater protection. The new tenant pays rent directly to the landlord and the old tenant is out of the picture.

In either scenario, the landlord has the right to approve or reject the replacement tenant. You’ll want to negotiate for two favorable terms about landlord prerogatives. One, his decision should be reasonable. Sure, he may be entitled to veto a fortune-teller, but he shouldn’t stop you from subletting to another physician. Two, the turnaround time for the landlord’s decision should be short— five to 10 working days.

Default and termination provisions . Obviously, you intend to be a good tenant. But if you slip up occasionally, you want a lease that prevents the landlord from lowering the boom. For example, a landlord may propose that if you’re late with rent five days beyond the due date, you’re in default of the lease, and he’s entitled to take punitive measures such as charging penalties. You should negotiate for a clause stating that you’d be in default only if you were late with the rent twice, and only after receiving a written notice.

The lease should allow you to bail out if the landlord neglects his duties. In reality, though, you’ll be loath to leave the premises except over the grossest offenses, like the lack of air-conditioning for weeks on end. So your lease should enable you to rectify small emergencies—fixing a broken window—if the landlord is tardy and then recoup the cost through a rent reduction.

I also recommend negotiating for the right to move out penalty free after, say, the third year of a five-year lease. This “early-out” clause might come in handy if circumstances force you to relocate. Landlords don’t like this provision, but you can nail it down in a soft real estate market.

An early start can produce a strong finish

You may be happy with your current office space, but don’t let that stop you from negotiating an improved lease when renewal time rolls around. Vigorous renegotiation is particularly important if you didn’t secure favorable renewal terms in the original lease. Again, the key to success is letting the landlord know that you’re looking at other buildings. If you don’t, the landlord will view you as a captive tenant who’s in a weak bargaining position. So have your broker ask about alternative locations.

And get off to an early start. If you put everything off until two months before the lease expires, the landlord knows you probably don’t have enough time to relocate. Whether you’re renegotiating your current lease or scouting for a new office, you’ll need at least nine months to draft floor plans, research the office market, zero in on building candidates, and hammer out lease terms.

There’s no denying that winning the office space race requires work. Fortunately, it’s a race you only have to run every now and then.

Before you choose a spot, choose a team

Finding and leasing a new office isn’t a one-man job. Physicians need a team of professionals to get them settled in the right spot.

A real estate agent or broker who specializes in physician offices can help you find a good site as well as represent you in negotiations. Your attorney, fellow doctors, or the local medical society may be able to steer you to such a professional.

Can you save money by dispensing with an agent and his commission? Yes and no. Technically, the agent receives his commission from the landlord, not you, and only when a deal is consummated. The commission for both the tenant’s and landlord’s agents— together totaling 3 to 6 percent of the lease value—is built into the rent, so you might persuade a landlord to charge less if you handle negotiations yourself. However, brokers know the real estate market and usually more than earn their keep in lower rent and other beneficial terms.
An architect should be another key member of your lease team. You need one to draft a tentative floor plan that you’ll distribute to building owners as well as the final plan once you pick your building. You may want to hire the architect that the landlord customarily recommends for his building, but keep the option of choosing your own.

You should hire an experienced real estate attorney to review your lease. He’ll understand boilerplate phrases like “tenant estoppel certificate” that makes no sense to you.

Once you’ve chosen a general contractor, you need a construction manager to ensure the remodeling’s done right, and on time. He’ll also help coordinate the installation of computers, medical equipment, and telephones. The construction manager’s fee comes out of the improvement allowance. Again, the landlord may recommend using his favorite construction manager, but that person may be prone to look after the landlord’s interests more than yours. You want to hire someone who answers to you. Your real estate broker can recommend such a pro.

Also ask your broker to find you a “move consultant.” He’ll know how to ship your X-ray machine across town without damaging it, and he’ll have your medical charts boxed up and organized so you can find them again. An expert mover can whisk you out of your old office over the weekend and have you ready to see patients in the new office on Monday morning.

The author is president of The Reynolds Company (www.thereynoldscompany.com), a commercial real estate brokerage and advisory firm, based in Plano, TX. 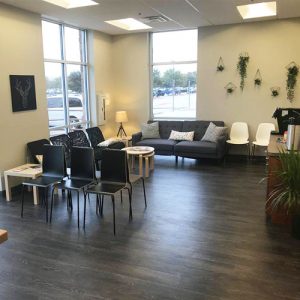 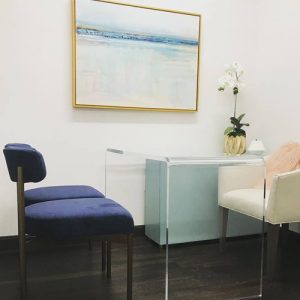 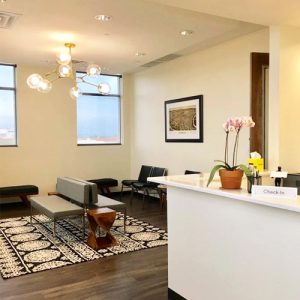 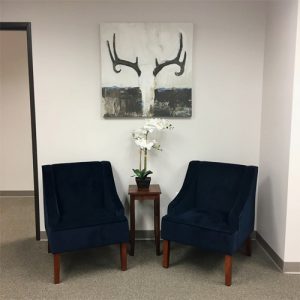 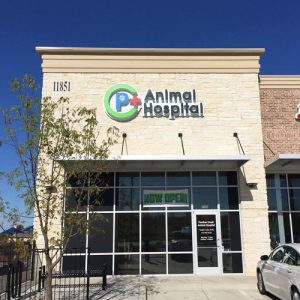 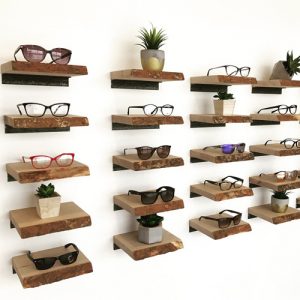 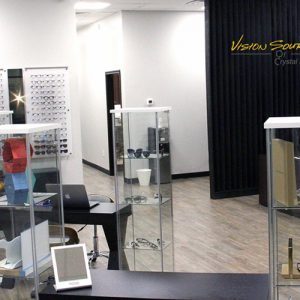 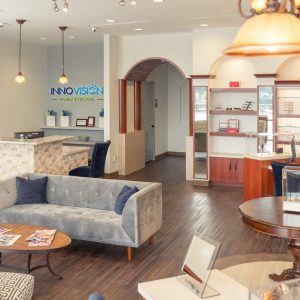 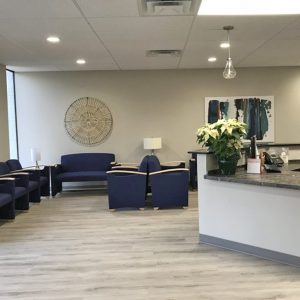 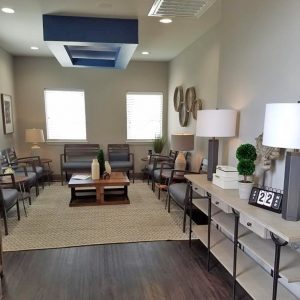 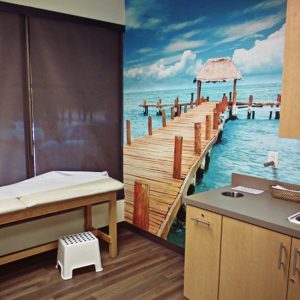 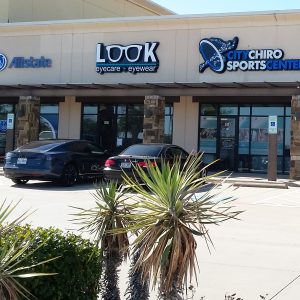 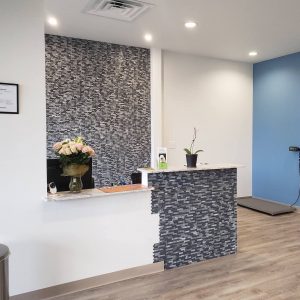 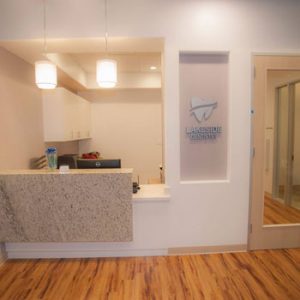 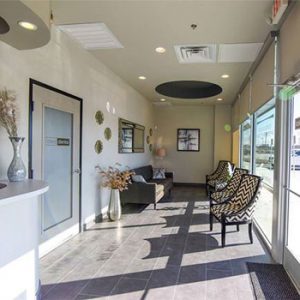 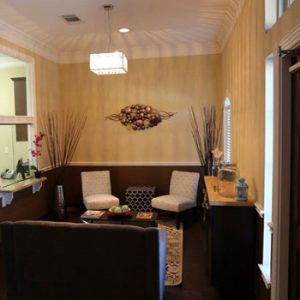 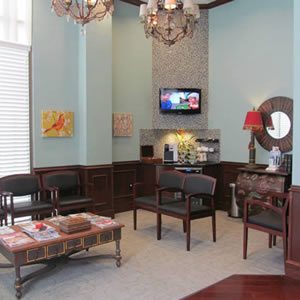 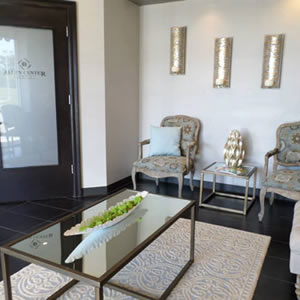 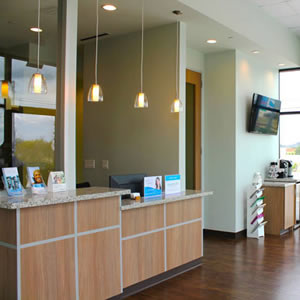 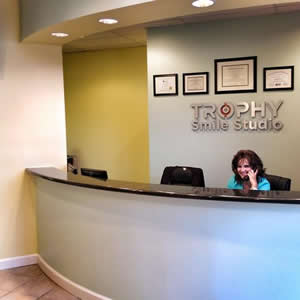 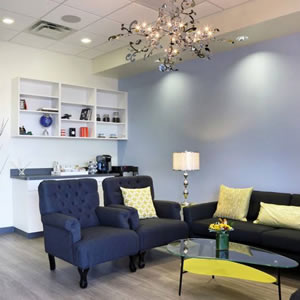 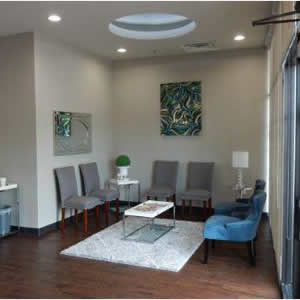 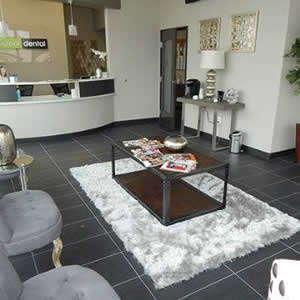